It’s a rare treat to see a band put back together after a decade away, but Blink 182 have done it. All three original members, Tom Delonge, Mark Hoppus and Travis Barker will be performing live at the Rocket Mortgage FieldHouse on Tuesday, May 16th 2023. Not only is the band bringing back the ‘ogs’ but new material too as well as all the classics. Everybody knows Blink 182 is where it's at. It’s gonna be a night to remember, so what are you waiting for? Go out right now and buy the tickets. 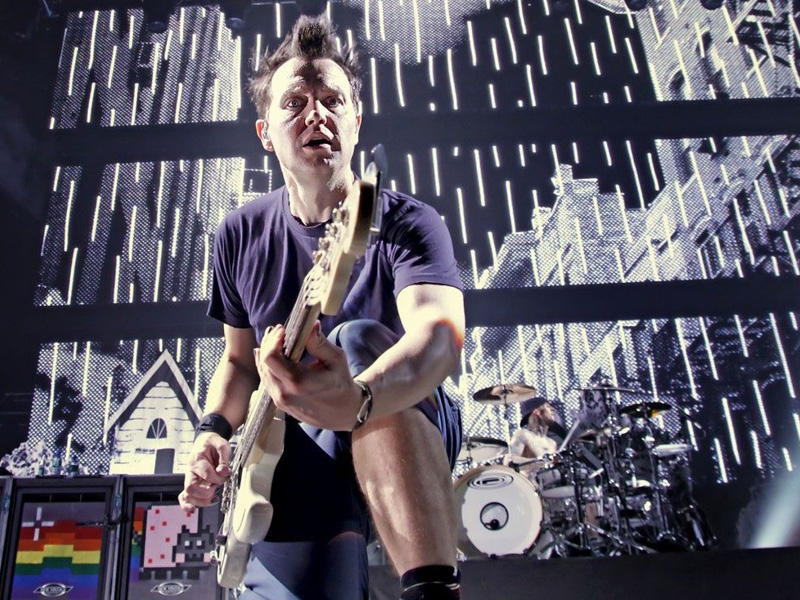 Blink 182 is a Pop Punk band formed in Poway California, 1992. The band have been hugely successful with hits like All The Small Things, Adam’s song, The Rock Show, Take off Your Pants and Jacket. They’ve rocked stages worldwide and have made TV and movie appearances.

Everybody knows there are no fans like Blink 182 fans, and that is because the band has always stayed grounded and this is reflected in their music. Whether they are singing about relationships, maturity (or lack thereof) or just life, there is always something magical about what they do.

Unfortunately, as with all creatives, differences happen and the band broke up, but they’re back, 10 years later. They are currently working on their 10th studio album and have released a new song called Edging which brings all that original magic that made Blink 182 so relatable in the first place. The announcement of their new album also came with the announcement that the original band is back after 10 years apart and a new world tour.

This show is not one to be missed. Tom, Mark and Travis are going to bring all the wondrous splendor that is Blink 182. Get your tickets!